I am a… calm, composed and keen individual. I prefer personal interactions over group ones. I think you get more value when you have conversations at a personal level than generalized group banter.

Film to me is… a tool we should use to educate, entertain, but with clear goals to create impact.

What I love most about my job as a Film Editor is… being part of the process of giving people power to tell their stories, and showcasing them in the best light possible. Also knowing it’s in my hands to stitch together the stories and have an end product that does not just make sense but also is impactful, that to me is important.

The greatest challenge we face in the Kenyan film industry is… looking at each other as competitors instead of as collaborators. We fail to look at the bigger picture, which is if we come together we can do a lot more. Different production houses have different strengths, but what most of us focus on is how we can outshine each other. Healthy competition is good, but the local film industry needs more collaboration as at now.

There’s also lack of finances which affects production budgets. We have not, as an industry, reached a level where we can comfortably consistently allocate sufficient funds for fully cater excellent projects, and it shows in final product.

My favorite films at the moment are… #MsPresident of course! Which is what we are currently working on as Dreamcatcher Productions. I’ve also loved Nairobi Half life since it came out. I know it’s been years since it’s premier but it remains my favorite Kenyan Film. Sense 8 is also on the list, I love that some of the scenes were shot in Kenya.

Internationally I love Money Heist, not because of the subject matter but because of the detail and precision in its execution. Even the characters themselves executed their roles so well, and the fact they named characters by names of cities and Nairobi had a chance to feature Then of course it has a thrilling story line, worth the watch.

Local filmmakers need to… explore more hard topics. Be bold and create films around taboo topics like in Rafiki. There’s a lot happening in the society that we need to address, and even if it is homosexuality, let’s talk about it. It doesn’t mean as a filmmaker you support or not, you are creating awareness and opening conversations and that’s a good thing.

And we should also support local filmmakers by consuming more local content. We need to stop glorifying other foreign content over ours.

To upcoming filmmakers… Be passionate about what you do and it will be easier. Do your very best, find your niche and stay consistent. Don’t be too choosy, learn everything, go everywhere, then later you can decide what to master and focus on that.

My hobbies include… Travelling and sleeping. And spending time with little children.

A normal day in my life is… There’s no normal day in a filmmaker’s life. Every day comes with its own set of instructions. This is an unpredictable industry with no set schedules.

Parting shot… Stay passionate about what you do. It gives it meaning. 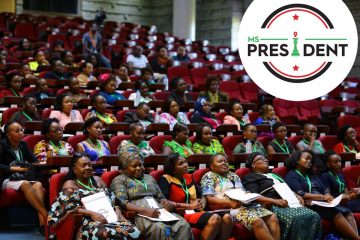 Over the next few months, 70 women will be going head-to-head in a competition that seeks to find Kenya’s first woman president. The women are at The #MsPresident Academy already, bubbly and geared up to Read more… 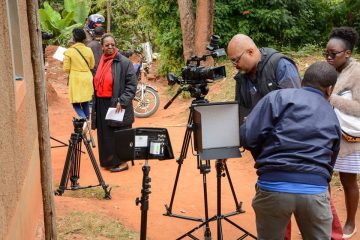 Creativity and technology are an integral part of the film industry and hence help the industry grow beyond the regular threshold.  Social media, for example, is taking over the traditional ways we use to consume Read more…